For over 15 years, scientists have been warning the public and government that human behavior has precipitated the planet’s Sixth Mass Extinction Event. The previous five mass extinction events were due to natural causes such as tectonic plate movements, massive earthquake and volcanic activity. The last extinction event occurred over 66 million years ago when a giant asteroid hit the Yucatán Peninsula in southern Mexico. That massive collision upended the web of life resulting in over 75% of all organisms going extinct, including all the dinosaurs.

Today’s civilization has undermined the biosphere to the degree that NASA researchers have concluded that our current “industrial” civilization is facing an irreversible collapse within the next few decades. The only way out is predicated on radically changing human behavior and culture.

The media has consistently been silent on informing the public of the imminent threat of our own extinction. Instead, the news has focused our attention on troubling current issues such as racial, religious, and economic upheaval, the Covid pandemic, and now the war in Ukraine. Perhaps the reason for the silence regarding the extinction is the fact that corporations are the primary source of the problem. Consider the following:

These are but a few examples wherein corporate interests have undermined the web of life and are contributing to our imminent extinction. Yet, these corporations claim they have no responsibility for the consequences of their actions. Even more insidious, to sustain profits, violating corporations have spent major investments to influence the media and persuade the public that scientific claims of an impending planetary disaster are simply hyperbole.

A “Scientific Rebellion” was organized in 2020, a protest against highly publicized international climate discussions, such as the United Nations Climate Change Conferences, wherein attendees have continuously disregarded proposed targets for limiting atmospheric CO2 without consequence of a penalty. The Rebellion’s online demands state that current actions from governments and corporations are “grossly inadequate” to safeguard future generations.

The deteriorating environmental situation is now so out of hand that scientists are leaving their cloistered labs and engaging in acts of “rebellion” to awaken the public to the imminent dangers. On April 6, 2022, NASA climate scientist Peter Kalmus, and three other environmental protestors, chained themselves to the J.P. Morgan bank in Los Angeles. This bank was chosen because of its investments in underwriting fossil fuel companies’ efforts to expand oil production … the single highest polluting industry in the world.

Kalmus explained, “I’m taking action because I feel desperate, we’ve been trying to warn you guys for so many decades that we’re heading towards a [f*ing] catastrophe, and we’ve been ignored, the scientists of the world are being ignored, and it’s got to stop. We’re not joking. We’re not lying. We’re not exaggerating. It’s the 11th hour in terms of Earth breakdown, and I feel terrified for my kids, and terrified for humanity.” Hours after the protest began, 100 police officers dressed in riot gear, eventually removed the four chained protestors and arrested them.

Following Kalmus’ lead a few days later, over 1,000 researchers around the globe joined the largest ever “scientist-led civil disobedience campaign.” Climate scientists in Washington, DC, chained themselves to the White House fence and were ultimately arrested as they demanded that U.S. President Joe Biden declare a “climate emergency.”

I believe a well-informed public would totally rally in support of global efforts to avert the impending ecological disaster. Unfortunately, the greed of violating corporations seeking profits, without acknowledging or being held accountable for the environmental damage resulting from their products, have done their best to keep the public in the dark as to the planet’s dire situation.

The reason I am presenting you with this story is that evolution is a participatory event, each of us is playing a part in determining the future of the planet. You hold a key in resolving the impending nightmare. It is time for the population to collectively voice their opinions and “vote” with their money, to reign-in runaway corporate control and to assign a major role for corporations in regrowing the Garden. The resolution lies in an informed public that can save civilization, creating a world beyond survival. Heaven-on-Earth is a reality.

The take-home message is to recognize that our health, happiness, and harmony, are the driving force in manifesting our evolution! It is time for us to get involved! 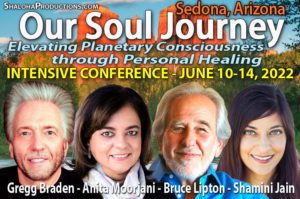 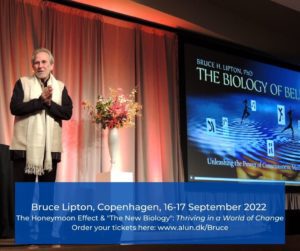 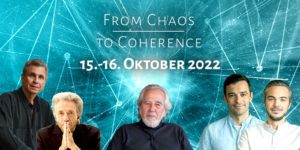 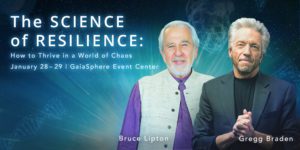 This month I would like to honor singer-songwriter, Annie May Willis, and her new single, Born for These Times, a truly relevant and powerful song for this era. Annie wrote this song at the beginning of the pandemic, inspired by the resiliency and depth of the human heart and the idea that we are all contributing to the outcome of our collective fate.

I think the lyrics of the song are worth repeating:

Here we are together, after all
After all the separation and the illusion of control
A common conversation we’re having now
About our survival and what’s important to the soul.

The choice is ours to make now, which way we go
A thousand directions, but one devotion to this love
What changes are we willing to make inside?
Inside our collective crazy mind?

Listen on Spotify, Apple Music, YouTube or buy it from the artist HERE.

Come join me and the Heart Coherence Collaborative for the 100 Day Heart Coherence Challenge! The event is entirely free and consists of 100 days of heart coherence meditations, interviews from amazing guest speakers, and fantastic community support! You can register for the event HERE.

I am honored to be interviewed by Dr. LuLu Shimek on the Genetic Genius podcast. In the interview, I discuss epigenetic revolution: everything about energy, photons, stem cells, genetics, DNA and planetary evolution.

Two years ago, I had the opportunity of presenting a lecture for The Graduate Institute in Bethany, Connecticut. At the time, I made a wonderful connection with one of the Wellness Educators, Kahseim Outlaw. Kahseim shared with me that he was writing a book for his own child that he thought might be helpful for other parents.

I recently reviewed his work, We Are Enough, an illustrated book with a powerful empowering message for children. Hopefully, parents reading this book to their children will pick-up the fundamental insights through “osmosis.” We Are Enough supports readers/listeners in becoming more centered, grounded, and connected individuals by recognizing their “enough-ness.” This book reminds us that our existence is a gift and once we recognize that, we can begin to create the beautiful lives that we all came here to enjoy.

It’s been 17 years since The Biology of Belief was first published, and we are happy to announce that a full UNABRIDGED audiobook of the 10th Anniversary edition is now available for purchase! A wonderful gift!

Join today for the next Membership Call, happening Saturday June 25th at 9:00am PDT and get exclusive access to the audio and video resources in the Bruce Lipton Archive – featuring over 30 years of cutting-edge research and teaching. Plus, when you join you’ll have the chance to ask your questions and hear Bruce LIVE on our Monthly Member Webinars. Learn more about Membership details.