This month I am offering a short story concerning insights into a current evolutionary social/environmental crisis:

US vs THEM
… This can’t be good!
For nearly 2000 years, the Judeo-Christian Biblical story of Genesis has cultivated a separation between humans and the rest of Nature. According to the story, in the first five days of Creation, God provided light, water and air, dry land with vegetation, and fish and birds. Day 6 started with the creation of animals and culminated that evening with the “special” creation of Adam and Eve, the origin of humans. It’s as if God provided Adam and Eve, the highlight of His Creation, with a “furnished” home fully decorated with plants and animals, a veritable “Garden.”

This concept implies that a separation exists between humans and the Nature they “inherited.” With that perspective, what difference would it make if people moved the environmental “furniture” around, or even destroyed it? This philosophy highlights the “specialness” of human creation over all the rest of Nature, a belief that in addition to separation, suggests that humans are endowed with the special status of having dominion (read: domination) over the Garden. The world was made specifically for humans.

Man’s relationship with Nature did not fare any better when Scientific Materialism, the planet’s current civilization, replaced Judeo-Christian Monotheism’s role in shaping civilization’s cultural beliefs. Science’s story of origins, Darwinian theory, emphasized that evolution is initiated by a random genetic mutation that alters the fate of a developing organism. The final fate of that altered organism is determined by a test of fitness in the struggle to survive, a filtering process known as natural selection.

Scientific Materialism perpetuated civilization’s disconnection from Nature by arguing that evolution is initiated by a genetic accident. By definition, an accidental origin presupposes there is no purpose in the evolution of a new species. The web of life would just represent a “collection” of randomly created organisms. Hence, we have no allegiance to the environment nor to any of its life forms. This perspective is expressed as an “US (humanity) against THEM (Nature)” battle of domination.

And, what did we do with all that “dominion”? “We paved Paradise and turned it into a parking lot.”

Humanity is now in the midst of the 6th Mass Extinction of life on Earth. Five previous mass extinctions have been attributed to environment destroying events, such as asteroids hitting the Earth and upending the environment or periods of massive geological activity (e.g., earthquakes, volcanoes, climate change).

The cause of today’s 6th mass extinction is much closer to home … it’s the result of human behavior. While humans didn’t cause climate change, our activities, such as combusting oil-derived fuels to empower our world, or clearing the rainforests to make more McDonald burgers, are clearly exacerbating the situation and accelerating the deadly and damaging effects of global warming. Further human activities, such as industrial farming, with its use of dangerous environmental toxins, over-fishing the ocean’s resources and destroying marine breeding grounds, polluting the land, the atmosphere, and the seas with toxic petrochemicals, and pillaging the Earth’s minerals and eroding its crust are all hastening the extinction event.

As Steve Bhaerman and I wrote in Spontaneous Evolution:
“If present trends continue, half of all species will be extinct within this century. While our daily routines will continue without lions roaming the Serengeti (hey, we can always visit them at the zoo, right?) there is no life outside the web of life. Unspoken, but definitely implied among warnings of animal and plant extinction, is our own imminent human extinction.

Geologists describing the evolution of our planet have subdivided the history of the Earth into “chapters” called Ages or Epochs. From the end of the last “ice age,” about 11,700 years ago until recently, the planet has been in what geologists call the Holocene Age. However, we have just entered a new geological age, the Anthropocene. This period is defined as the era when human activity became the dominant influence in shaping Earth system processes, such as climate and the environment.

One of the worst contributors to today’s environmental crises is the petrochemical industry. Operating without a moral compass, they have actively lied to the public and manipulated research and news media to support of their business activities, while suggesting that climate change is a hoax. They unabashedly promote fracking, extracting oil from shale and the use of pipelines as environmentally safe. Yet, each of these activities has been clearly shown to undermine the environment and hasten our own demise. And, for what reason are the undermining the environment? Greed!

The “problem” revealed in today’s news is that petroleum companies are pursuing an effort to run an oil pipeline from the shale fields in Canada to the US and through the pristine and protected lands the government granted to Native Americans in South Dakota. Pipelines not only enable and support civilization’s most environmentally destructive industry, extracting oil from shale rock, they are also responsible for 40 or more pipeline accidents per year, events that result in deadly explosions, fires and massive contaminating oil spills.

The “solution” to this environmental degredation is being brought to the forefront by a small group of Native Americans. Ten thousand years ago, on these very same lands, aboriginal people lived in harmony with Nature and served as caretakers of the Garden. Though they have been beaten into submission over the last 300 years, today they have gathered the strength to stand up against the corporate giants and the goons they hired to eliminate resistance to the company’s desire to desecrate sacred land in their quest for more profits.

To be part of the “solution” in this environmental stand-off, each of us must stand-up, voice our opinions and gather our strength in supporting our Native Americans. We could join our aboriginal brothers and sisters and protest the wanton destruction championed by corporate greed. On a personal level, each of us can actively support Mother Gaia by fully engaging in environmental conservation, consuming less and eliminating less waste, an act that both conserves resources and reduces the trash that is polluting our environment.

This does not mean that we must all gone on a crusade to clean up the world … all we have to do is start in our own backyards, and through our collective action we can slow down the life-threatening environmental changes. Our efforts today will provide the Millennial generation with some valuable time to coalesce as a powerful community, and through their collective wisdom, shape a better future for our children, their children and their children, and on, and on, and on.

Living as an aboriginal and experiencing your life as an extension of Nature profoundly enhances our hearts and our health. Forty-five members of this very audience accompanied Cree Chief White Standing Buffalo and me to participate in the most sacred ceremony of the Plains Native Americans, the Sundance Ceremony. The lives of every visitor in attendance was absolutely transformed by living and working among First Nation aboriginals in the wilds of British Columbia’s pristine mountains. In experiencing life as a native who honors the planet and all of its life forms, including all of humanity, we sensed the primal and loving harmony between Nature and humanity, an awareness that profoundly transformed the lives of those in attendance.

Here is a first-hand report on that transformation from Andrea Beaman, a Sundance attendee, wrote “I had the honor of attending the Cree Sundance Ceremony with my husband and nephew. It was four days of sleeping, working, eating and living with the organizers and other participants. We bonded with each other, supported each other, and helped heal each other through the various ceremonies. It was a highly transformative experience to be immersed in another culture and creed for the good of mankind, and for the good of the earth and all of the creatures that inhabit it. As the fate of man grows ever more unstable, I highly recommend you make it a top priority to visit with the Cree people and experience their rituals and wisdom.”

If you feel moved to help our Native American family protect our planet (which includes ourselves), please visit: 10 Ways You Can Help the Standing Rock Sioux Fight the Dakota Access Pipeline. Even donating the value of a single cappuccino, along with your heartfelt intentions, will go a long way to restoring the health of Gaia.

The conclusion is simple: In the evolving “new” world there is no more US and THEM … for we are ONE.

Hay House Presents, I Can Do It
Sat.-Sun, September 24-25, Birmingham, UK
More details 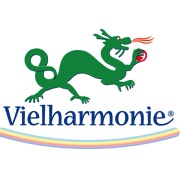 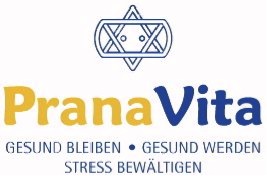 The Biology of Belief: The Turning Point: Thriving in a World of Change
Sat., October 8, Rosenheim, Germany
More details

Free mini series. Join me and others to learn the Science of Energy Psychology, Medicine and Healing
For Details Click Here