The “good news” is actually in the “bad news.”
On the surface, in the United States, the continuing rift between Republicans and Democrats, the worsening economic scenario, and passage of the egregious “Monsanto Protection Act” (giving ultimate power to this corporation’s efforts in seeking world dominance), outwardly appear as signs of our devolution.

However, these blatant examples of political corruption and disregard for the public good collectively represent important stimuli that will inevitably provoke a disparate citizenship to unite and take actions to regain personal sovereignty, i.e., evolve. Simply, conditions have to reach a critical threshold before people will stand up and say enough is enough. As Steve Bhaerman and I emphasized in Spontaneous Evolution, “crisis precipitates evolution,” and the crises we now face are true portents that we are on the threshold of manifesting that evolution!

Now for the “good news” in the “good news.” Ever since I released The Biology of Belief in 2005, there have been a number of scientists, and in particular, “readers” of science that have panned my efforts as being pseudoscience, quackery or fake. Well, time has been on my side, for now there is an “official” branch of science that acknowledges how nurture and life experiences, the source of “belief,” dynamically shape our genetics.

Coined in late 2011, this new field of science called behavioral epigenetics is defined as “The study of how signals from the environment trigger molecular biological changes that modify what goes on in brain cells, which in turn, controls our biology. Here, the term environment encompasses pretty much everything that happens in every stage of life: social experience; nutrition; hormones; and toxicological exposures that occur prenatally, postnatally, and in adulthood.” (For more, see article by Tabitha M. Powledge in BioScience • August 2011 Vol. 61 No. 8; a preview of the article is available at: Read Preview

Further good news … we have just received from Hay House the first copies of the new book, The Honeymoon Effect: The Science of Creating Heaven on Earth. Please visit our website: www.brucelipton.com for a special pre-release offer.

In our efforts to midwife the birthing of our new civilization, Margaret and I have recently left New Zealand and are now back in New Delhi meeting with our colleagues at ORGANIC INDIA. Corporate founders Bharat Mitra and Bhavani Lev are planning a follow-up to their very successful UPLIFT (Universal Peace and Love In a Festival of Transformation) Festival described in the last newsletter. In addition to some of last year’s returning luminaries, the amazing line-up for this year’s program will include Dr. Eben Alexander, bestselling author of Proof of Heaven, and Anita Moorjani bestselling author of Dying To Be Me: My Journey from Cancer, to Near Death, to True Healing.

A follow-up on last year’s UPLIFT Festival
Firstly, I truly thank you for the fabulous response to my story about Ami Hay Ben Hur in the last newsletter. Your response was so great that it crashed Ami’s website. For those who attempted to follow-up on the story of “organic gold” and were unable to access Ami’s website, please try again: Organic Gold

At last year’s UPLIFT Festival, Margaret and I were introduced to the evolutionary contribution of one of my new personal heroes, Dr. Arne Rubenstein. As emphasized in Spontaneous Evolution, civilization’s evolutionary advancement is predicated upon reinstating the equality of women. However, in our focus on the role of women in society, we have failed to recognize that the appropriate role of men also needs to be reconsidered. To clarify that point, first a sidebar:

In 1980, conservation efforts to save endangered African elephants at South Africa’s Kruger National Park was so successful that it led to an unanticipated problem—the size of the herd grew to such an extent that it was larger than the park could sustain. To alleviate the problem, helicopters equipped with harnesses transported elephants to another game reserve in the Pilanesberg National Park. While the harnesses successfully transported the female elephants and the young males, they were not strong enough to carry the mature bull elephants.

Shortly afterwards, Pilanesberg Park rangers were faced with a perplexing problem, they found the dead bodies of seventeen endangered white rhinos. At first, poachers were suspected, but the dead rhinos were not shot nor were their coveted horns removed. These rhinos were violently killed and they exhibited deep puncture wounds. Not much in the wild can kill a rhino, so rangers set up video surveillance to assess the problem. The shocking result revealed that marauding bands of aggressive juvenile male elephants were observed chasing down the rhinos, knocking them over and stomping and goring them to death with their tusks. These young bulls were also observed terrorizing other park animals, behaviors that are very, very rare among elephant populations.

Over 40 rhinos were killed before rangers resolved the problem. While exterminating the rebellious “teenage” males brought about an interim solution, the long-term resolution was met by reintroducing old bulls back into the population. Older males, serving as “father” figures, became role models for the younger males. In short order, peace and harmony was restored in the park.

Sociologists now recognize that the escalation of violence and antisocial behavior by society’s boys and young men is attributable to the same cause. Increased demands on working fathers, in conjunction with rising numbers of broken homes and absentee fathers, have lead to a loss of healthy role models among young males, a situation that is directly correlated with their criminal behavior. Juvenile offenders are not acting like men simply because their only experience of modeling the behaviors of men had been taught by their peers and not by their fathers.

Pathways to Manhood
At UPLIFT, Margaret and I were honored to meet Dr. Arne Rubinstein, a former general practitioner and now part-time ER doctor, who is dedicating his life to righting this wrong. Dr. Rubinstein is co-founder of the Pathways Foundation, a unique organization that creates contemporary Rites of Passage for adolescent boys and girls now running in 8 Australian locations. 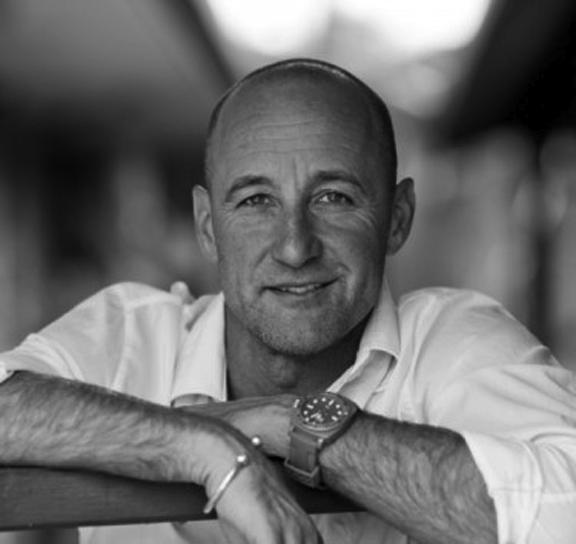 Arne has studied extensively on the topic of Initiations and Rites of Passage in communities around the world. As an expert on adolescent development, Arne’s research recognized the fundamental differences between Normal Boy Psychology and Healthy Man Psychology as being the reason why all indigenous societies initiated their boys. Research now recognizes that the absence of initiation rites significantly contributes to at risk behavior amongst young men.

Arne heads up a social project aptly entitled The Australian Rites of Passage Institute, that is designed to help teens attain their full potential as they transition from boyhood to young adulthood, while helping fathers and sons forge strong, healthy and supportive community relationships. Arne also operates a Pathways to Manhood program developed by men interested and concerned about the health and wellbeing of Australian boys and young men. Arne and the other founders of the program believe that boys need a range of adult men as role models, confidants, mentors, heroes and friends who will journey with them as they develop their male identity and thus grow into balanced integrated men themselves.

The program begins with a 5 to 6 day bush camp where boys and their fathers, or a selected male mentor, are exposed to a series of safe yet demanding ordeals to test and challenge them physically, mentally, emotionally and spiritually. In the isolated wilderness, the boys have the opportunity to hear the stories of older men and ask questions in a sharing environment, while engaging in fun processes such as sharing of personal experiences, story telling, adventure and relationship building. These valuable exercises provide a guided journey towards a deeper understanding of what it means to live a balanced adult male life in today’s world.

I personally did not recognize the full impact of this work until Arne invited me, along with several other “elders” attending UPLIFT, to attend a wisdom circle of the boys and their mentors on their final day of camp. I was amazed at the forthright dialogues and discussions among the boys and their fathers. The shared conversations and stories of how estranged father-son relationships were healed through their wilderness experiences were profound and emotionally moving. Though the youngsters physically resembled boys, through personal conversations in which they expressed their newly identified intentions and life goals revealed they possessed a deep wisdom and maturity I would normally attribute to young men. Similarly inspiring were discussions with the attending fathers and mentors revealed how engaging with their sons healed their own developmental dysfunctional relationships with their fathers.

With wishes of Love and Light,
Bruce

In support of expanding human consciousness, I suggest that you review this informative new book that will enhance our efforts to evolve:

David Chamberlain’s Windows to the Womb, Revealing the Conscious Baby from Conception to Birth, More Info