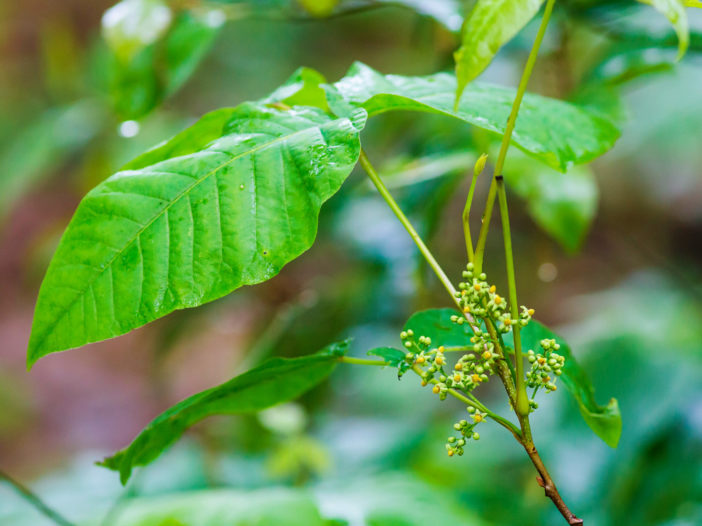 Sometimes, the body’s natural harmony breaks down, and we experience dis-ease, which is a reflection of the body’s inability to maintain normal control of its function-providing systems. Because behavior is created through the interaction of proteins with their complementary signals, there are really only two sources of dis-ease: either the proteins are defective or the signals are distorted.

About 5 percent of the world’s population is born with birth defects, which means they have mutated genes that code for dysfunctional proteins. Structurally deformed or defective proteins can “jam the machine,” disturb normal pathway functions, and impair the character and quality of lives. However, 95 percent of the human population arrives on this planet with a perfectly functional set of gene blueprints.

Because the majority of us have a perfectly healthy genome and produce functional proteins, illness in this group can likely be attributed to the nature of the signal. There are three primary situations in which signals contribute to dysfunction and dis-ease.

The first is trauma. If you twist or misalign your spine and physically impede the transmission of the nervous system’s signals, it may result in a distortion of the information being exchanged between the brain and the body’s cells, tissues, and organs.

The second is toxicity. Toxins and poisons in our system represent inappropriate chemistry that can distort the signal’s information on its path between the nervous system and the targeted cells and tissues. Altered signals, derived from either of these causes, can inhibit or modify normal behaviors and lead to the expression of dis-ease.

The third and most important influence of signals on the dis-ease process is thought, the action of the mind. Mind-related illnesses do not require that there be anything physically wrong with the body at the outset of the dis-ease. Health is predicated upon the nervous system’s ability to accurately perceive environmental information and selectively engage appropriate, life-sustaining behaviors. If a mind misinterprets environmental signals and generates an inappropriate response, survival is threatened because the body’s behaviors become out of synch with the environment. We may not think that a thought could be enough to undermine an entire system, but, in fact, misperceptions can be lethal.

Consider the situation of a person with anorexia. While relatives and friends clearly perceive that this skin-and-bones individual is near death, the anorexic looks in a mirror and sees a fat person. Using this distorted view, that resembles an image in a funhouse mirror, the anorexic’s brain attempts to control a misperceived runaway weight gain, by-oops!-inhibiting the system’s metabolic functions.

The brain, like any governing entity, seeks harmony. Neural harmony is expressed as a measure of congruency between the mind’s perceptions and the life we experience.

An interesting insight into how the mind creates harmony between its perceptions and the real world is frequently illustrated in stage hypnosis shows. A volunteer from the audience is invited onstage, hypnotized, and asked to pick up a glass of water, which the volunteer is told weighs one thousand pounds. With that misinformation, the volunteer struggles unsuccessfully with straining muscles, bulging veins, and perspiration. How can that be? Obviously the glass doesn’t weigh one thousand pounds even though the mind of the subject firmly believes that it does.

To manifest the perceived reality of a thousand pound glass of water, something that cannot be lifted, the hypnotized subject’s mind fires a signal to the muscles used to lift the glass at the same time it fires contradictory signals to the muscles used to set the glass down! This results in an isometric exercise wherein two groups of muscles work to oppose each other, which results in no net movement-but a lot of strain and sweat.

Cells, tissues, and organs do not question information sent by the nervous system. Rather, they respond with equal fervor to accurate life-affirming perceptions and to self-destructive misperceptions. Consequently, the nature of our perceptions greatly influences the fate of our lives.

While most of us are aware of the healing influences of the placebo effect, few are aware of its evil twin, the nocebo effect. Just as surely as positive thoughts can heal, negative ones-including the belief we are susceptible to an illness or have been exposed to a toxic condition-can actually manifest the undesired realities of those thoughts.

Japanese children allergic to a poison ivy-like plant took part in an experiment where a leaf of the poisonous plant was rubbed onto one forearm. As a control, a nonpoisonous leaf resembling the toxic plant was rubbed on the other forearm. As expected almost all of the children broke out in a rash on the arm rubbed with the toxic leaf and had no response to the imposter leaf.

What the children did not know was that the leaves were purposefully mislabeled. The negative thought of being touched by the poisonous plant led to the rash produced by the nontoxic leaf! In the majority of cases, no rash resulted from contact with the toxic leaf that was thought to be the harmless control. The conclusion is simple: positive perceptions enhance health, and negative perceptions precipitate dis-ease. This mind-bending example of the power of belief was one of the founding experiments that led to the science of psychoneuroimmunology.

Considering that a minimum of one third of all medical healings are attributed to the placebo effect, what percentage of illness and disease might be the result of negative thought in the nocebo effect? Perhaps more than we think, especially since psychologists estimate that 70 percent of our thoughts are negative and redundant.

Perceptions have a tremendous influence in shaping the character and experiences of our lives. They’re the reason why those faith-filled folks can swig poison, joyously play with deadly snakes and lift a car to free a loved one. Perceptions shape the placebo and nocebo effects. They are more influential than positive thinking because they are more than mere thoughts in your mind. Perceptions are beliefs that permeate every cell. Simply, the expression of the body is a complement to the mind’s perceptions, or, in simpler terms, believing is seeing!

Almost all of us have unknowingly acquired limiting, self-sabotaging misperceptions that undermine our strength, health, and desires.

As we will show in the next chapter, our most influential perceptual programs have mainly been acquired from others and do not necessarily support our own personal goals and aspirations. In fact, many of our strengths and weaknesses, the parts of ourselves we own as who we are, are directly attributable to familial and cultural perceptions downloaded into our minds before we were six years old. Programmed perceptions acquired in these developmental years are primarily responsible for health and behavioral issues experienced in our adult lives. Consider how many children never realize their full potential or dreams because of limiting programming.

As with changing the world, changing ourselves sometimes requires more than good intentions. We must understand the nature of the mind and how the brain’s divine dualities, the conscious and subconscious minds, control the expression of our perceptions. In the next chapter, we will see how what we perceive locally is a gateway to global evolution.