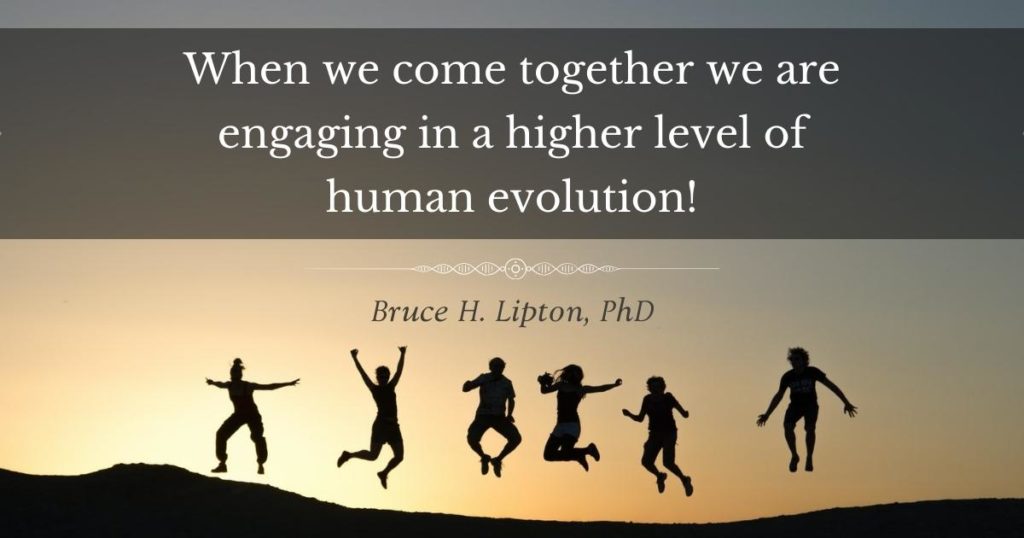 For me “awareness” is key to creating a global evolution. “Awareness” is the primary trait offered by the nervous system. The more evolutionarily advanced an organism is, the more awareness it possesses. Scientists generally consider the degree of “awareness” as the primary measure of evolution. Humanity is on the verge of a dramatic increase in our “awareness.” We will begin to become aware that each human being is the equivalent of a “cell” in the body of a superorganism, Humanity. Currently, humans are fighting each other, which is the same as when cells in the body attack other cells in the body. When body cells fight each other, in medicine, we refer to the resulting illness as representing “autoimmune disease” (translates as “self-destruction”), where the body destroys itself from within. The survival of humanity is now threatened by the equivalent of “autoimmune disease” since humans are killing each other. When we become aware that we are all cells in the SAME body, that evolution in our consciousness will allow humanity to heal itself and evolve.

Filed under: Article Topics: Fractal Evolution, Power of the Mind