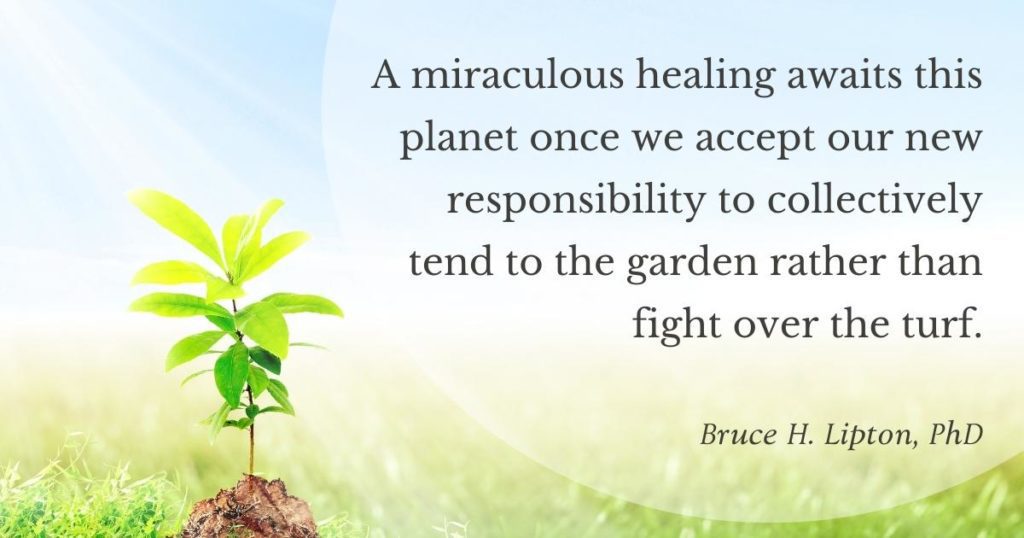 In 2009, the “New Biology” described in The Biology of Belief was recognized by the Goi Peace Foundation as an important contribution in securing world peace. The annual Goi Peace Award “honors individuals and organizations in various fields that have made outstanding contributions toward the realization of a peaceful and harmonious world for all life on earth. Previous award recipients include Microsoft’s Bill Gates, Assistant Secretary General of the UN, Robert Muller and Dr. James Lovelock, founder of the Gaia Theory.” Click here to read a transcript of my 2009 Goi Peace Award commemorative speech.

In truth, the award is really a recognition of ALL of OUR efforts to help civilization survive its imminent evolutionary crisis. Now over ten years later, we are continuing to work together, and a miraculous healing awaits this planet once we accept our new responsibility to collectively tend the garden rather than fight over the turf.